We all know the basic rules: arrive on time for your flight, make sure you’ve got your passport, have your boarding ticket ready. There are also plenty of travel tips available, to make travelling as stress-free as possible. But somehow, a small number of us still manage to fall foul of the rules. So, just in case you need a reminder, here’s a list of what not to do on a flight, from getting drunk to making ill-advised jokes at security…

1. Don’t get legless before your flight

That moment when ‘delayed’ flashes up on the information board can be soul-destroying, but no amount of alcohol will numb the pain of a flight delay. When it finally gets the green light to get airborne it’s highly likely you’ll be prevented from boarding if you’ve spent the past few hours downing your stash of duty-free booze. Even if you do make it onto the flight, you’ll be a serious contender for the title of world’s most unpopular passenger as a result of your regular trips to heed calls of nature, the drunken snoring you’ll emit throughout the flight and the alcohol-related lack of coordination, which will become painfully obvious when you repeatedly switch on your fellow passengers’ light by mistake. And if you’ve ever wondered how to beat jet-lag, you’ll probably know that alcohol will simply make it harder for your body to adjust once you arrive at your destination.

2. Don’t carry anything for anyone else

You’d be surprised to know just how many people fall for this particular rule. We all know not to carry packages for someone else. That weird looking Buddha which your new backpacker friend asked you to carry in your hand luggage due to their sudden lack of space? Walk away quickly Have you ever seen Bridget Jones? Yes, i`m sure you have. That tightly wrapped and surprisingly heavy “Balinese tablecloth” that dread-locked guy asked you to deliver to his linen-living uncle? Bin it. If the situation smells and feels dodgy, it probably is. And it’s a smell which is highly likely to be detected by those pesky sniffer dogs waiting to greet you at Gatwick.

3. Don’t be rude to cabin crew

Nobody likes a grumpy steward. You’ve shelled out a huge amount of cold, hard cash for your ticket, after all. But if he or she does something to annoy you, store up your anger for a post-arrival tweet or letter of complaint. Your life is in the hands of these people when you’re in air, and while we’re not suggesting a snarky response to a stewardess could result in them sabotaging your life jacket, they’re still the people you’ll turn to if your headphones don’t work or when you discover your television set’s stuck on the children’s channel. They’re also the people who serve up your food and drink, which we’d rather didn’t come with a side order of spit.

4. Don’t joke about explosives. Ever.

It doesn’t matter if you’re a designer-clad business woman or a vicar: joke about anything explosive in the mere vicinity of a plane and you face a rather unpleasant interrogation. Ditto humorous emails to friends speculating that the reason for your flight’s delay might be the fact that police have found out about the bomb you’re trying to sneak on, or jokes about how calling in a bomb threat might just help you get out of that dreaded business meeting in New York. Just don’t do it. 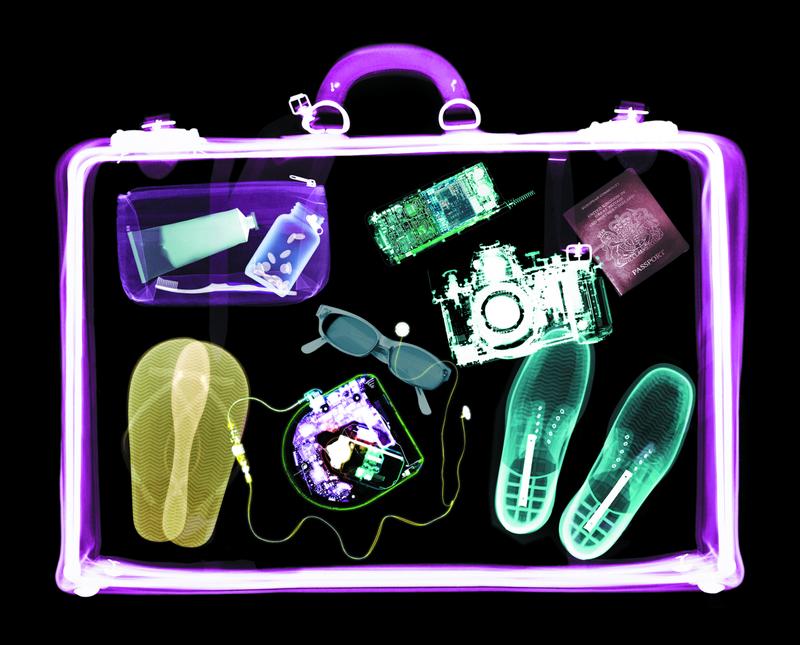 If you’re a smoker, view long flights as a chance to extend your life. Think of it like this. If you’re a regular smoker and every cigarette brings your date with death ten minutes closer, a long flight is basically a temporary reprieve from an early death sentence. But a longer life isn’t the only advantage of a temporary break from the cancer sticks; give into your cravings for an in-flight nicotine fix (and smoking over the toilet/spraying aftershave/covering the fire alarm really won’t help) and you could well find yourself being arrested on arrival.

Airport food might be improving but it’s still not great. If you’re prone to boredom at airports, it’s worth bearing in mind that however long the wait, this is never, ever the best time to try a new food. Sure, that celebrity chef-owned Mongolian street food restaurant in terminal one might look incredibly tempting, but if you’ve never tried that type of food before, that delicious looking serving of marmot (that’s squirrel, to you and me) could well result in you spending your entire flight staring into a sick bag.

7. Don’t book a connecting flight which departs less than an hour of your first one arriving

We’ve all seen them. Those crazed, panic-eyed travellers running through the airport desperate to catch the connecting flight they should never have booked. Our advice? Don’t bother. Yes, that once-a-week flight to Mae Hong Son in Northern Thailand might well be cheap as chips but if it leaves within an hour of your other flight landing, you’re allowing little time for a late arrival, let alone queues at the airport. In reality, there are usually alternative ways to get to the destination in question, whether it’s a later flight or a flight to a nearby airport.

8. Don’t throw away your luggage receipt

Travelling involves a lot of paperwork. First of all, there’s the big one: the passport. Then there’s boarding passes and visa paperwork. So we understand why it’s easy to lose the luggage receipts airline staff give you after you’ve checked in your luggage. But arriving in your destination to discover your luggage hasn’t done the same can be a soul-destroying moment, and that little slip of paper might just make the difference between departing the airport, suitcase in hand, or moving out of the terminal knowing that you’ll be hand-washing your smalls and relying on free hotel toothpaste for the next 48 hours.

Baggage allowances restrictions and for the world’s major airlines

No matter which airline you’re flying with, here are complete guides to baggage rules and restrictions for the UK’s biggest airlines, including easyJet, Ryanair, British Airways and Jet2.

Search for your next adventure!

Don’t believe in travel insurance? Here are some of the experiences of travellers we’ve helped